Coach R.C. Lyke, head coach of the Richmond Generals hockey program, is on a mission, every year, every season, and it shows. In the last nine years, he and the Richmond Generals hockey organization, have helped over 300 of their players reach their dreams of getting to the next level of hockey, which includes advancements to college hockey, tier 2 and professional levels.

A Reputation as a Leader In Developing Young Men Student-Athletes

Since its inception the program has created a reputation as one of the best developmental Junior programs in the country.

With membership in the United States Premier Hockey League (USPHL) at the Premier and Elite Division levels, the Generals are part of a pipeline that sends more players to college hockey than any other league.

Coach Lyke assumed the role of Head Coach of the Richmond Generals following a seven-year professional, NCAA Division I, and Junior A playing career. Coach Lyke started the Generals Junior program and has been the only Head Coach in the team’s nine-year history and has amassed a very impressive winning record behind the Generals bench in his 9 years, with 513 Wins, 246 Losses and 25 Overtime Losses. 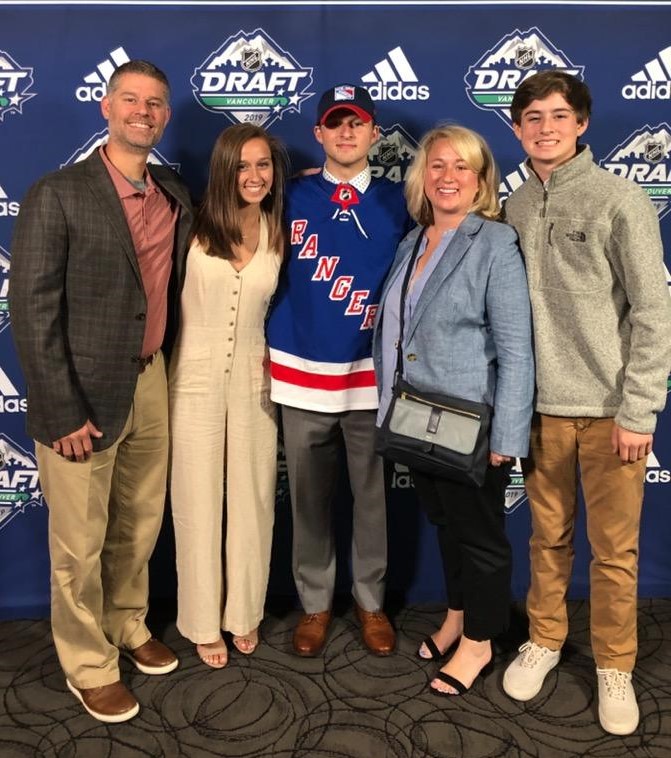 Ben Carlson, another recent Richmond Generals player, made the move from Colorado to Richmond to play for coach Lyke and the Richmond Generals. For many talented high school-aged hockey players like Carlson, they learn throughout the recruiting process that in order to play at a high-level college, it often is recommended to play at certain clubs before graduation. For hockey players, that often means relocating somewhere they’ve never been before and taking an alternative approach to their final year, or years, of high school education.

Carlson’s mother Margaret knew this all too well. That’s why before she sent her son off with Team Colorado to a hockey showcase in St. Louis, Missouri, last April, Margaret reminded her son of her outlook on the situation.

“’You can go and enjoy this experience playing a higher level of more competitive hockey,’” she said when he left, “‘and this will be a lot of fun. But you are not leaving senior year of high school to play hockey.’”

That was before Carlson received a text from a random number while he rested in the locker room after a Team Colorado showcase game. In that moment, Carlson felt the natural emotions any child would feel when he observes teammates being verbally called out to speak with prospective club coaches. But when he received the text, he figured something might be up.

The text was from R.C. Lyke, the head coach of the Richmond Generals, a U.S. Premier Hockey League club from Richmond, Virginia. Lyke wanted Carlson for the 2018-19 season.

Presented with the opportunity, Carlson’s mother’s reservations were soon quelled after research and speaking with a family from Gunnison. Their son had played for Summit High hockey coach Joey Otsuka while he coached in Gunnison. Carlson’s mother soon learned that Richmond was one of the most highly-thought-of clubs in the country, one that played in the elite 22-team USPHL that featured teams from New Hampshire, Florida and Chicago.

Former Richmond Renegade defenseman RC Lyke is the only head coach the Generals have ever had. He remembers what it was like to play in front of sold out crowds at the Coliseum…and hopes to give the same opportunities to his players.

“Our program is an extended family” Lyke explained.  “And we do everything with a family first, team first mentality. Even though I have 46 or 47 new players each year, they’re all my kids.”

“The most important thing that we try to do with our players is not only develop them on the ice, but develop them off the ice as young men” he continued.

“That’s the number one purpose.”